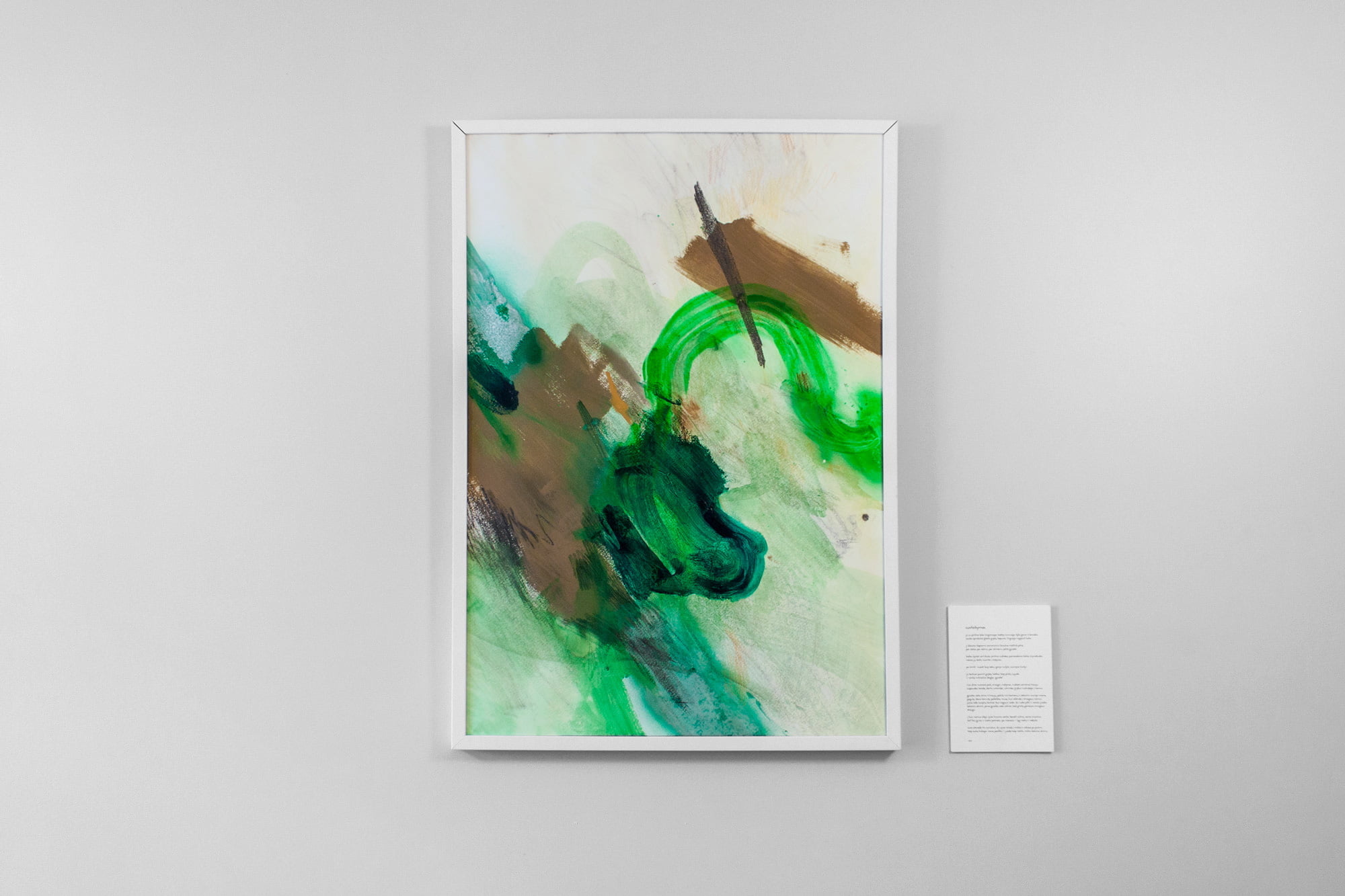 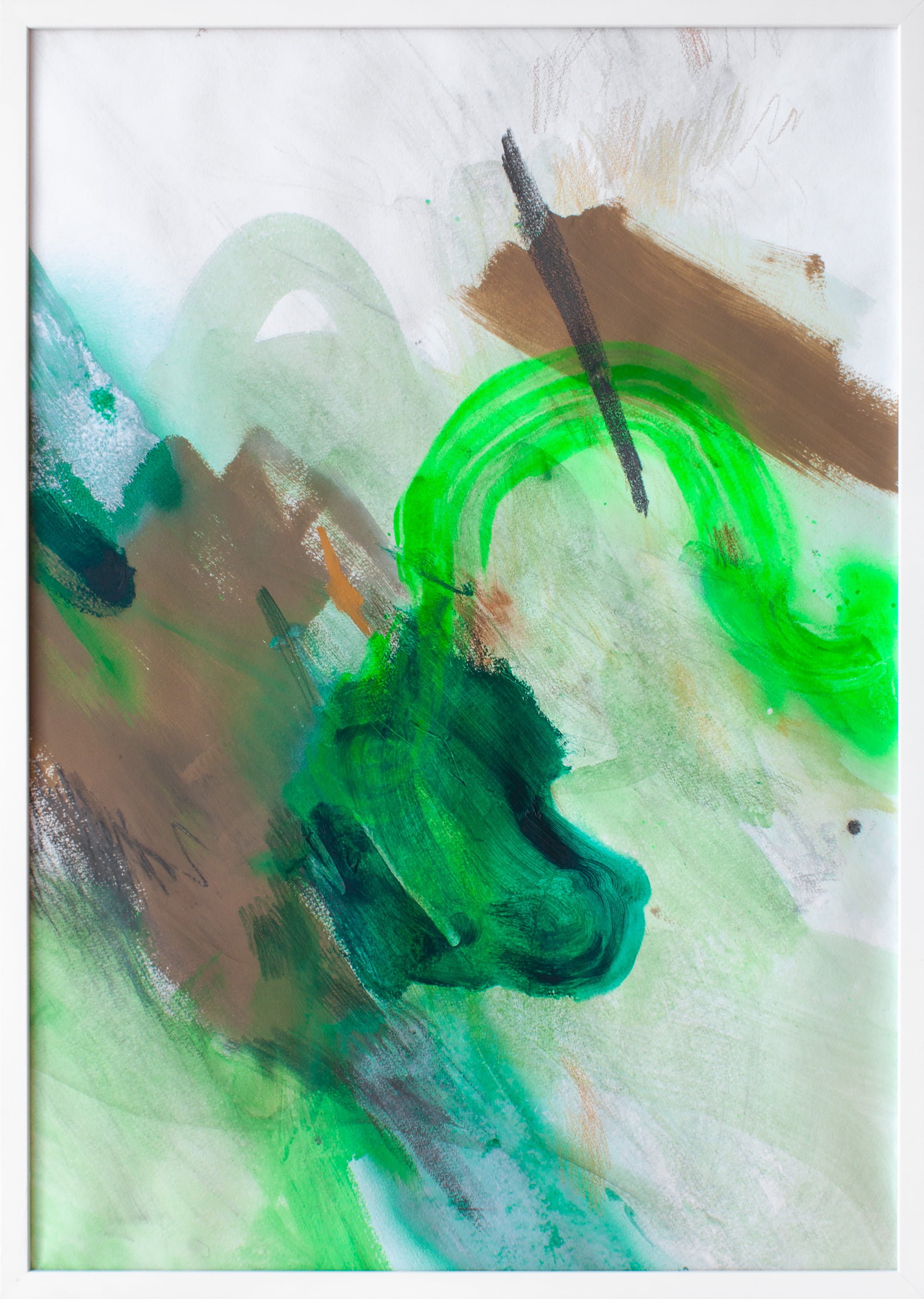 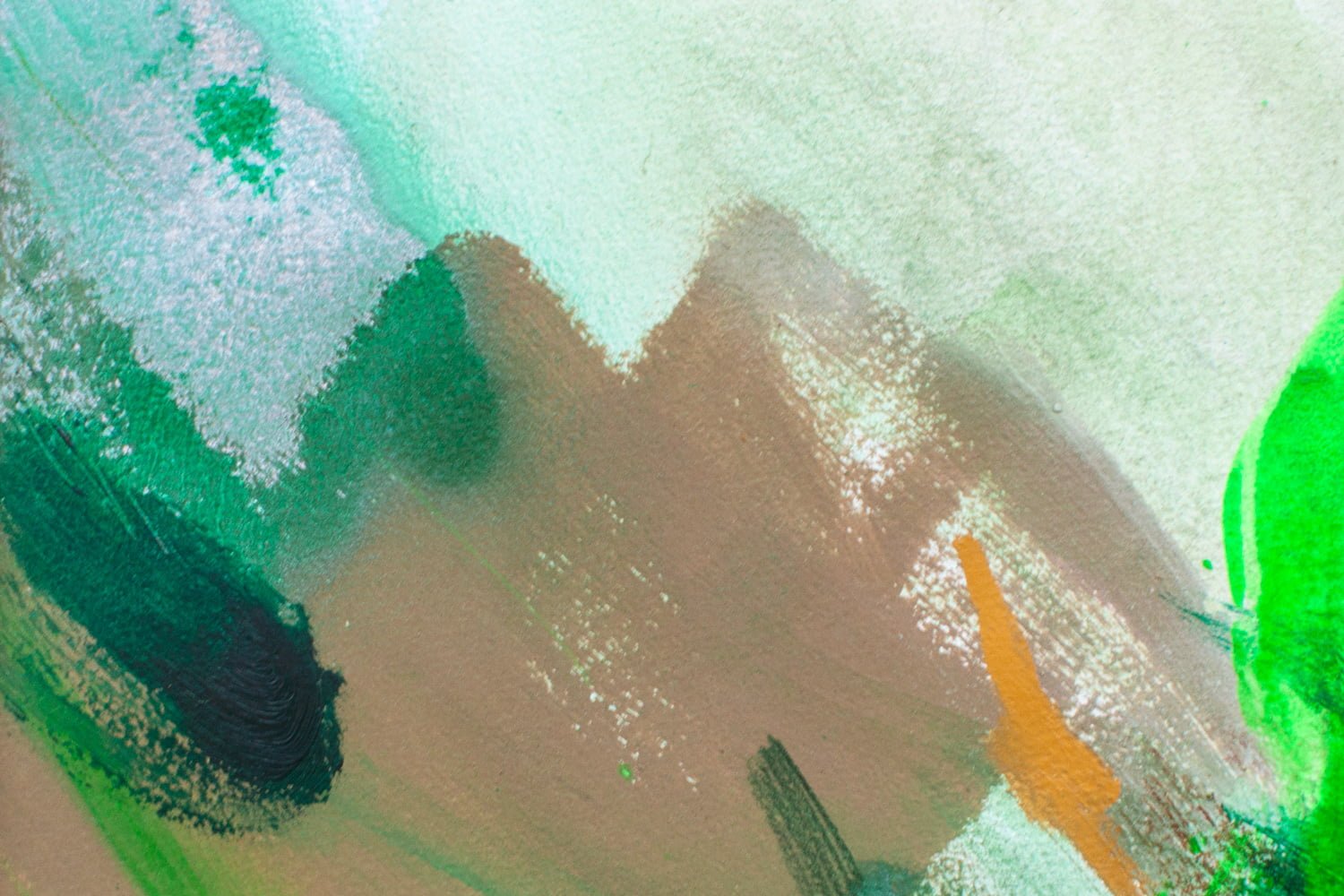 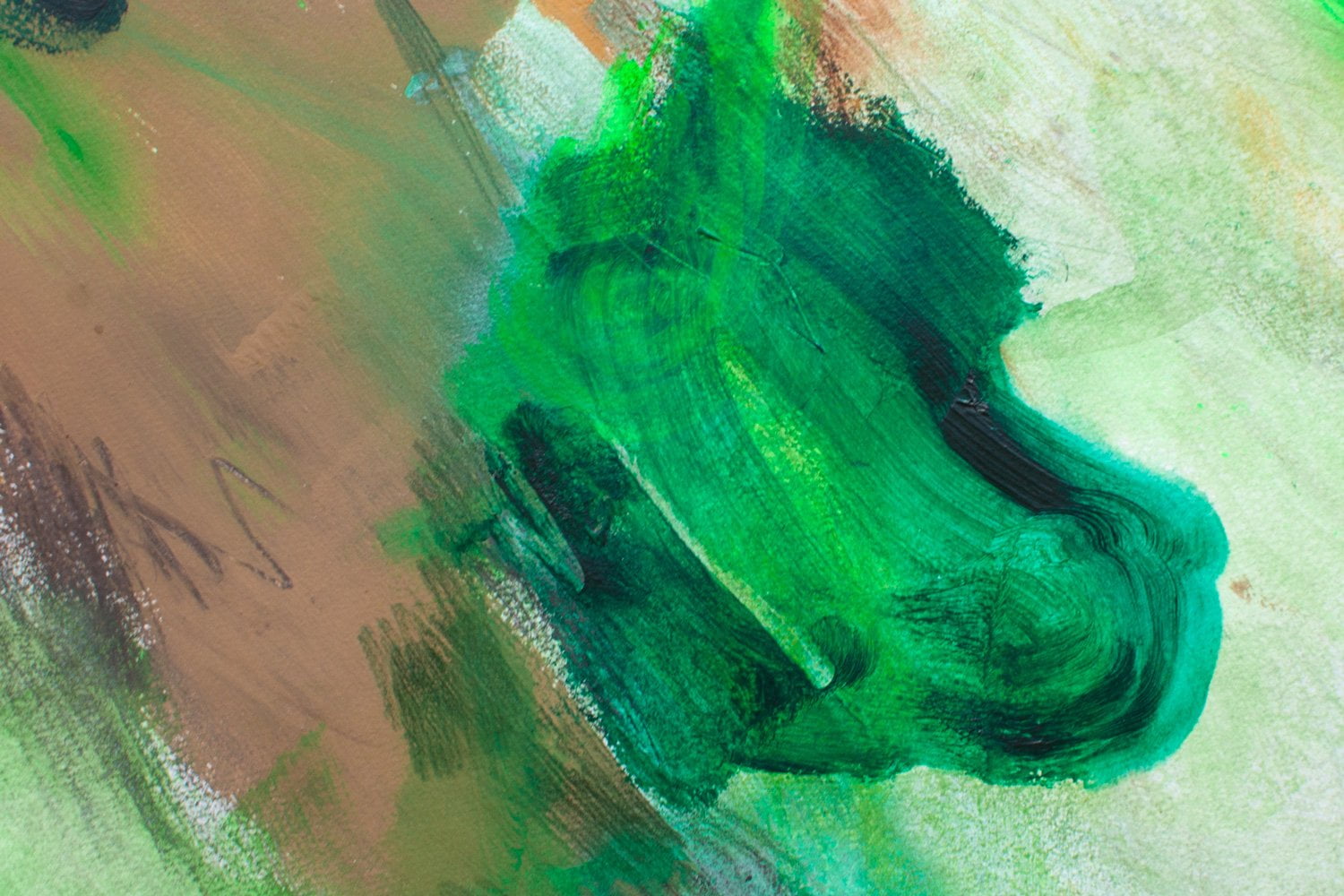 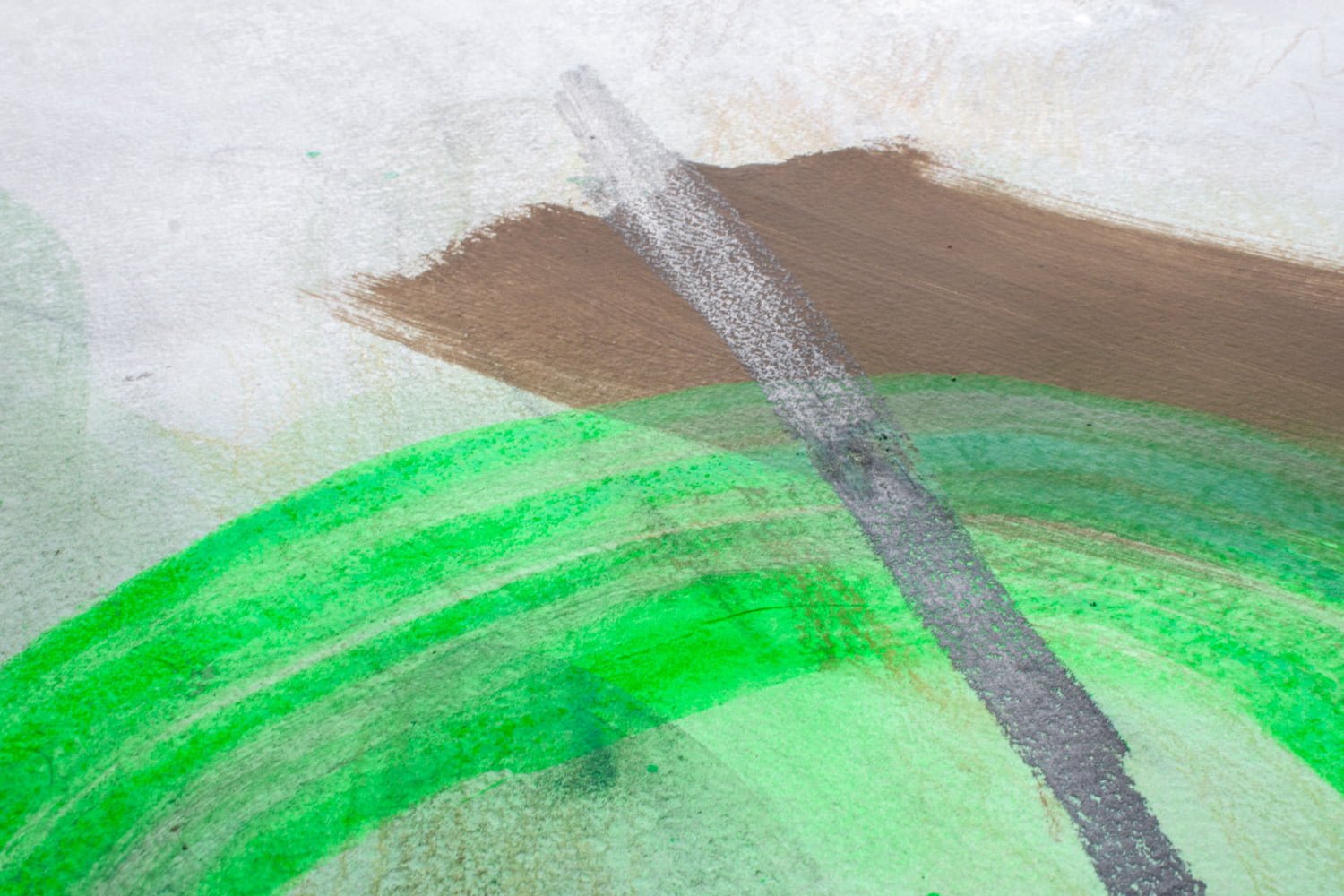 Framed artwork comes along with a story about reconciliation between a man and snake through a beautiful-eyed dog:

a shoe slips on the crawler. the basket trembles, a few parasol mushrooms fall out one of their gamps roll down into blueberry bushes

a loud ‘what the hell!’ echoes through the branches. woodpecker hushes, trills a swift.
he crouches to pick up the mushroom. something moves between his fingers

a sudden pain shoots up his arm. a snake!
pulled out a blade that hung upon his belt, thrust into the blueberry bush, blood colored the moss.

pinched his wound, clenching his teeth, forgot the mushrooms, hurried back home.
snake’s soul rose from the bloods, above the tree trunks, through the branches chased a squirrel, a ladybug, a butterfly, a fly that flew into the human’s house.

in it, a bitch is pregnant, the litter’s not going to be large: two greyish brown and one green eyed black pup. he was chosen by the soul of snake, to be reborn as man’s best friend.

The man returned back home with bloody arm. that night it swell, he violently retched
but survived and slowly he got better. after a month, he felt like new.

the dog whelped three puppies. two, the man took to the woods, buried under a pine-tree
as a sacrifice to Indraja. but one he kept for himself – black like the night, eyes green as a forest.